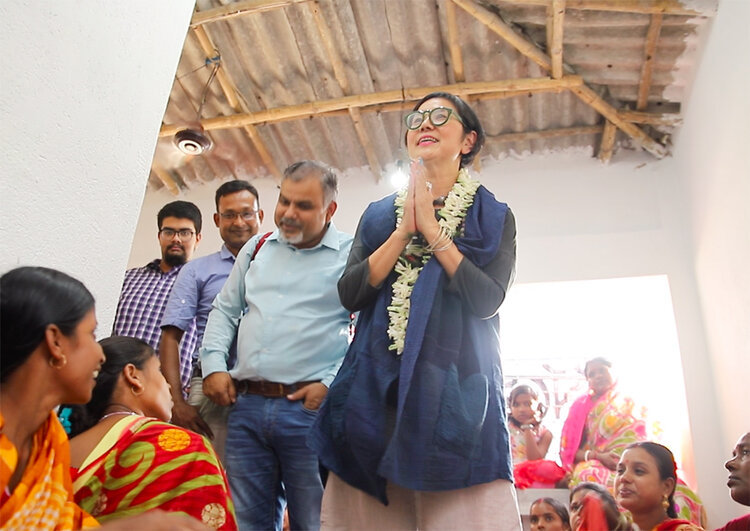 Mieko Mintz was born on the southern Japanese island of Kyushu and studied fashion in Tokyo. After twelve years working there as a fashion designer, she came to the United States to study English and fate has kept her here ever since.

After a number of years working out of her home, she opened her first store on Grove Street in the West Village section of Lower Manhattan, New York City. That was in August 1999. Five years later she moved to a beautiful storefront on Thompson Street in Soho.

In 2009 Mieko started selling wholesale. In 2014 the operation was moved to a larger space on Vandam Street, also in Soho. This became the headquarters of the wholesale distribution of MM clothing on a world-wide scale. 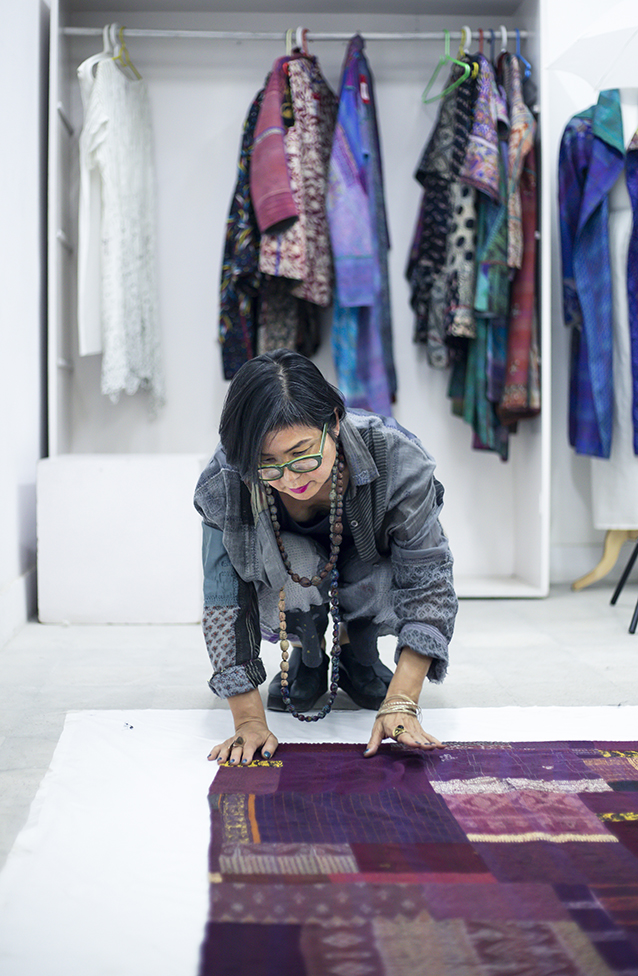 Mieko’s work follows in the Kantha tradition; first her designs are made into Kantha Throws in West Bengal and then are cut to fit her jacket designs that are inspired by her tradition with Japanese Kimono culture. Her clothing is treated resulting in a clothing line that is especially soft to the touch.

Her focus is a Kantha line that is not only comfortable, but contemporary and sophisticated. She finds romance in the saris’ reincarnation in the new Kantha: old saris coming back to life in a totally different time and land. And its integration with Kimono tradition moves the clothing into a new realm of international relevance.

In an effort towards sustainability, cuttings left over from making the jackets are recycled one more time to create hats, bags, and jewelry. 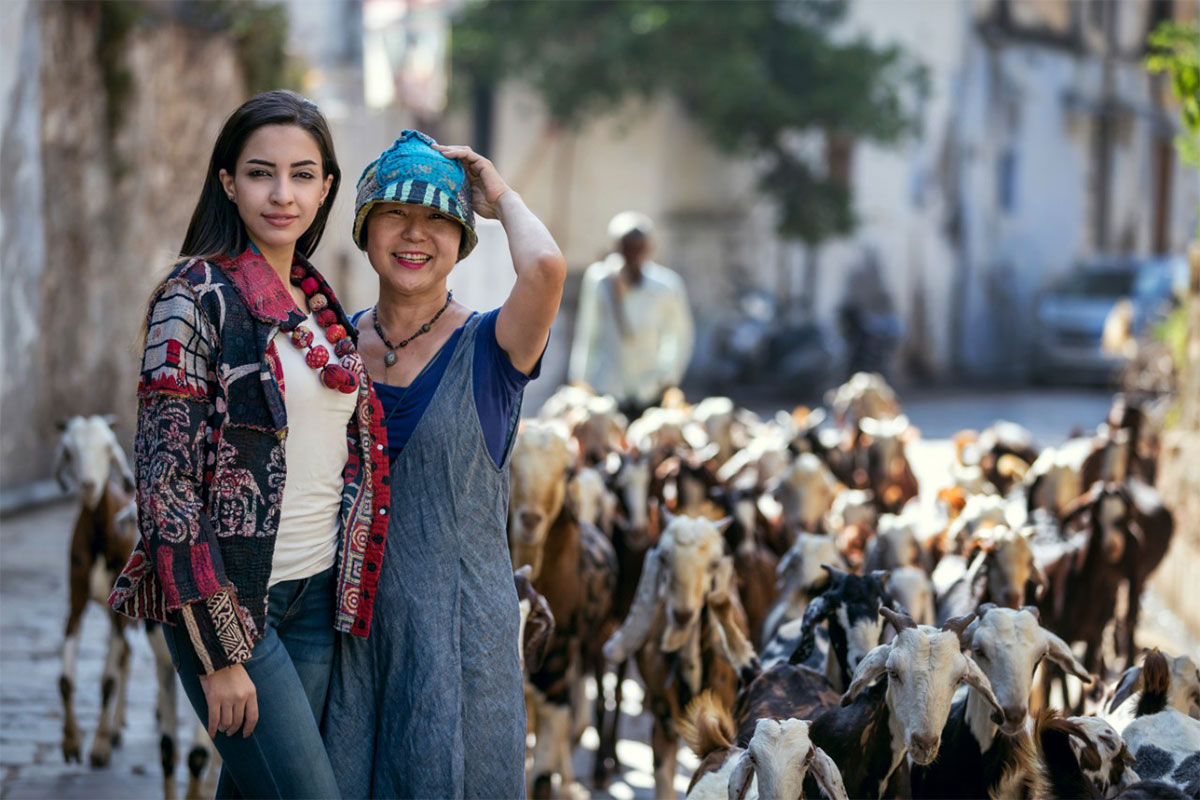 After working with the Bengal women, Mieko hopes that their tradition will continue longer; 100 years into the future and beyond, for the life of the Kantha. Mieko is working on starting a foundation to promote the continuation of Kantha culture keep it alive. These plans include a Museum to present Kantha as an art form, not just material for used for its commercial value. 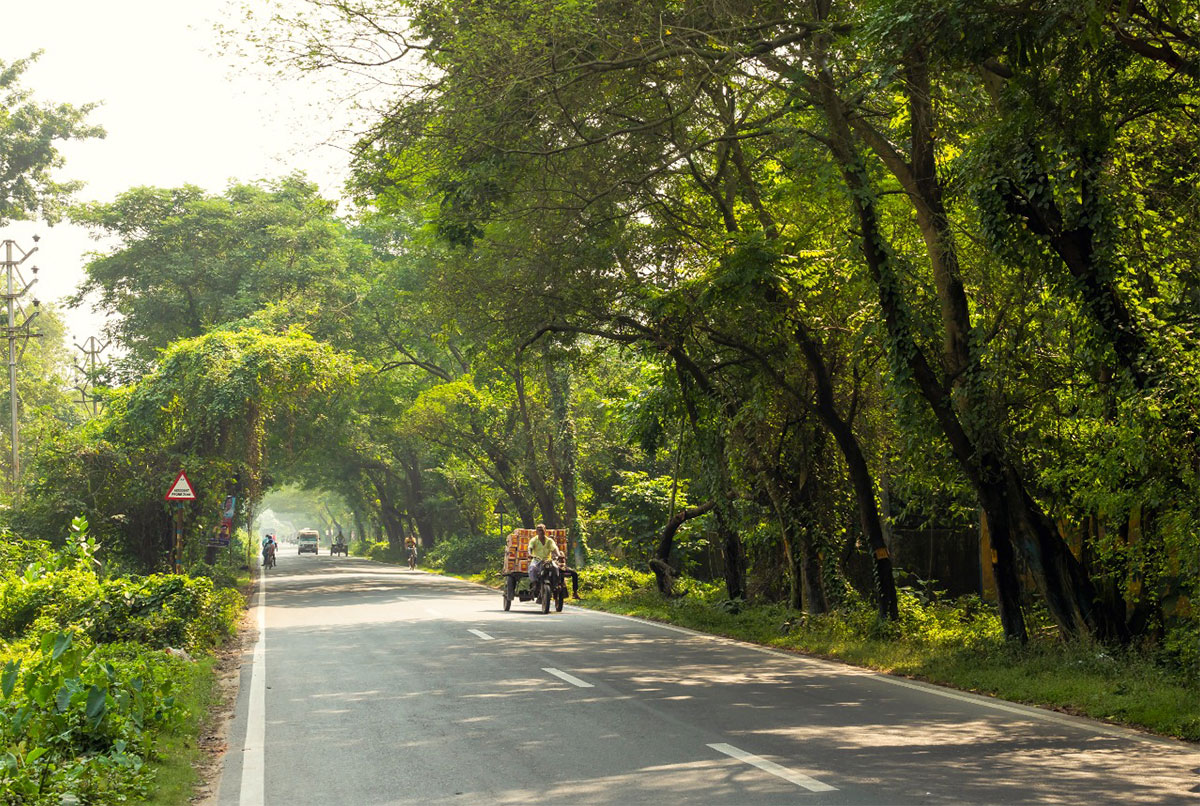